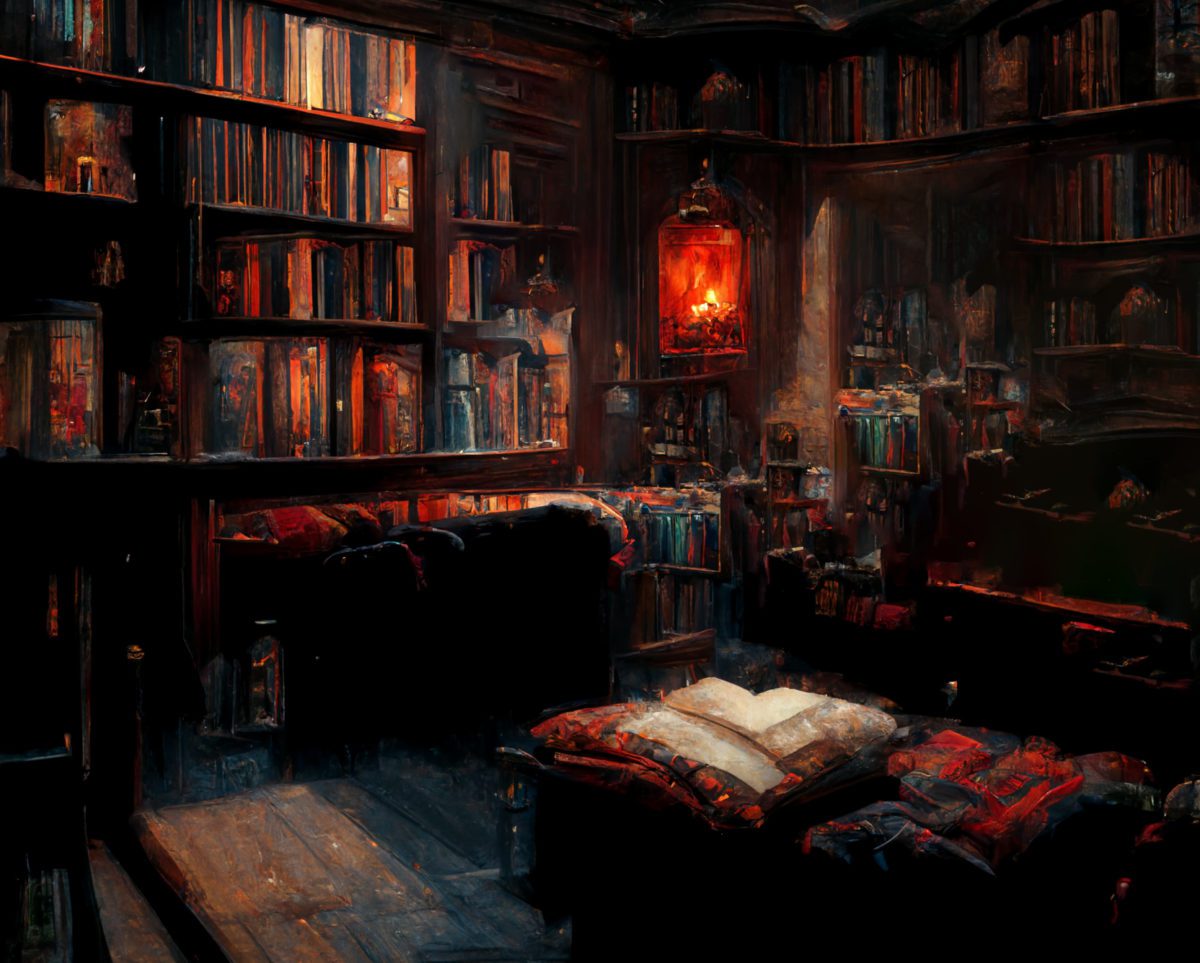 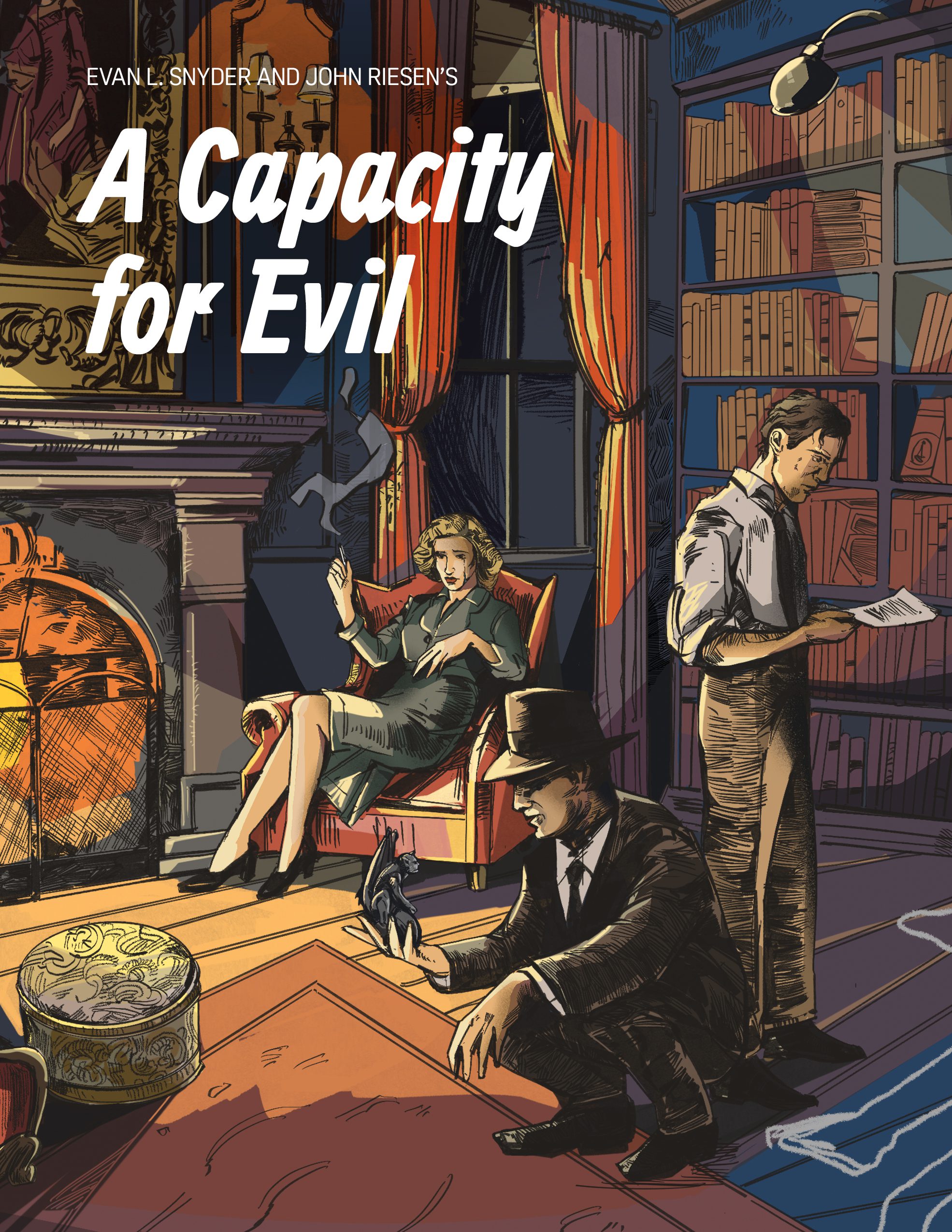 A Capacity for Evil 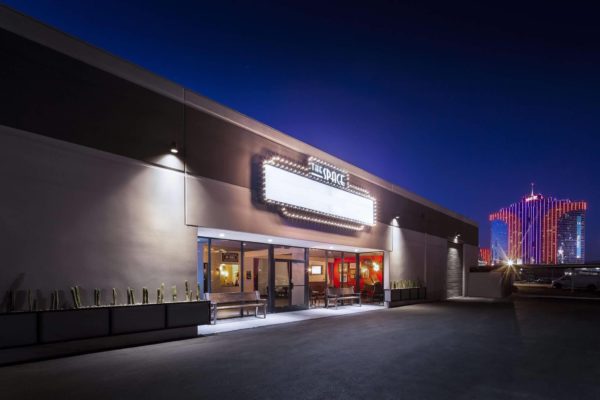 Sung in English with English surtitles.

Casual, Come As You Are

A murderously clever whodunnit inspired by the tradition of Sherlock Holmes, this operatic detective tale is based on an original story conceived by the composer Evan L. Snyder and John Riesen, a tenor who will reprise the starring role of Daniel that he created in the work’s premiere.

Daniel is a famed 1930’s private eye who, with help from his partner Doyle and fiancée Angelica, works to unravel a series of grisly murders occurring on New Year’s Eve. As tensions rise and the clock runs out, the bonds of friendship are tested against the dark ordeals of an imperceptible murderer. Tuneful plot complications and soaring voices are underscored by harmonically evil intent. Can these singing detectives figure things out before the unknown murderer is able to realize the full scope of his perverse aims? Someone may not be who they seem to be, but will you suss it out before the plot reveals all?

Winner of the 2017 Frontiers Competition for A Capacity for Evil, Evan L. Snyder is unified in his dedication to storytelling. Best known for his works for the operatic stage, Evan has been praised for his “genuine understanding of the human voice” and his “unapologetically beautiful music,” but for him, bringing stories to life through music is the center of his work. A winner of the 2017 Fort Worth Opera Frontiers Competition, his first opera, A Capacity for Evil, broke with conventional opera genres, telling a Holmesian detective tale on the operatic stage. The opera premiered in fall 2018, with Detroit’s Opera MODO and was enthusiastically received by the run’s sold out audiences. Evan’s current operatic project, The Clef of the Universe, is a new science fiction opera, following a group of archeologist crash-landed on an alien world. An aria excerpted from the new work, “On the beach at night alone…” was previewed at Constellation Chicago as a part of the 2019 Fresh Inc Festival.

Evan’s interest in novel storytelling carries over to his work outside of opera as well. His musical portrait of a friend, Theme Song for Dan Carty, was originally written for the 2018 Fresh Inc Festival, and since went on to win the 2018 Detroit REVIVAL Project, as well as receiving a performance by the esteemed Fifth House Ensemble at the 2019 Red Note Festival. He has also received chamber music commissions from both Fifth House and the Lansing-based ConTempus Initiative. The latter commission resulted in his Disappearing Landscapes, a children’s work for mixed quartet and narrator, exploring the impact of humanity on nature, which premiered as a part of the 2018-2019 Lansing Symphony’s Family Series.

Storytelling on a more well-trodden road, Evan has also composed numerous songs, as well as two full-length song cycles. His first cycle, Ulysses, a setting of Tennyson’s famous dramatic monologue of the same name, was premiered by Richard Fracker at Michigan State University in March 2018. His second, Dynamic Roads, is an original work dealing with themes of moving and aging, was created in collaboration with poet Peter Faziani. The work was commissioned by bass-baritone Joe Baunoch, who premiered the cycle at Indiana University of Pennsylvania, May 2019. Upcoming in his work with song, Evan is very excited to be collaborating with internationally-renowned soprano Tamara Wilson on a commission for a new song cycle, which premieres May 2022. 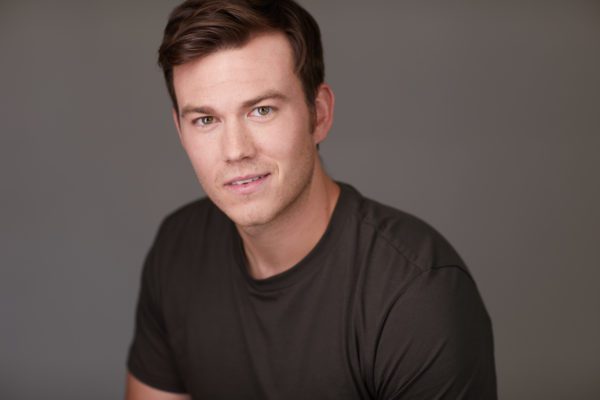 Award-winning American tenor John Riesen’s growing career boasts a variety of roles in which he consistently excels and includes significant work in opera, musical theatre, studio recording and concert. In the COVID-affected 2020-2021 season John performed concerts, live streams, and productions with several companies including Intermountain Opera Bozeman, Shades of Pink Charity Foundation, The FAR Conservatory in Detroit, and Opera Las Vegas. He returned to the stage in 2021 as Ralph Rackstraw in HMS Pinafore with Pensacola Opera, Martin in The Tender Land with The Hart School, Alfredo in La Traviata with the Pacific Symphony, and Younger Thompson in Glory Denied with Berkshire Opera Festival. The 2021-2022 season includes Frederic in Pirates of Penzance with Utah Opera, Rinuccio in Gianni Schicchi with On Site Opera, Chris in the world-premiere of Favorite Son by Grammy award winning songwriter Marcus Hummons, as well as his Carnegie Hall debut as tenor soloist in the Messiah with Musica Sacra under the baton of Kent Tritle (postponed due to COVID-19).

Award-winning American tenor John Riesen’s growing career boasts a variety of roles in which he consistently excels and includes significant work in opera, musical theatre, studio recording and concert. In the COVID-affected 2020-2021 season John performed concerts, live streams, and productions with several companies including Intermountain Opera Bozeman, Shades of Pink Charity Foundation, The FAR Conservatory in Detroit, and Opera Las Vegas. He returned to the stage in 2021 as Ralph Rackstraw in HMS Pinafore with Pensacola Opera, Martin in The Tender Land with The Hart School, Alfredo in La Traviata with the Pacific Symphony, and Younger Thompson in Glory Denied with Berkshire Opera Festival. The 2021-2022 season includes Frederic in Pirates of Penzance with Utah Opera, Rinuccio in Gianni Schicchi with On Site Opera, Chris in the world-premiere of Favorite Son by Grammy award winning songwriter Marcus Hummons, as well as his Carnegie Hall debut as tenor soloist in the Messiah with Musica Sacra under the baton of Kent Tritle (postponed due to COVID-19). 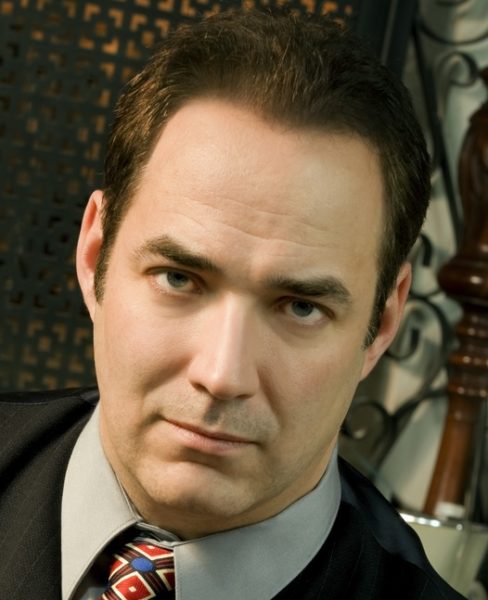 Mr. Schmidt made his Metropolitan Opera debut in the role of Arbace in Mozart’s Idomeneo, with Maestro James Levine conducting. He recently covered the role of Edmondo de Nobile in Thomas Adès’ The Exterminating Angel, and sang the main stage role of Normanno in Lucia di Lammermoor. He has covered the roles of Ernesto (Don Pasquale), Tamino (Magic Flute), and Flamand (Capriccio), among others.

Gregory Schmidt made his professional debut with Washington D. C. Opera in the role of Count Belfiore in Mozart’s La Finta Giardiniera, returning to the Kennedy Center stage the following season as Tamino. 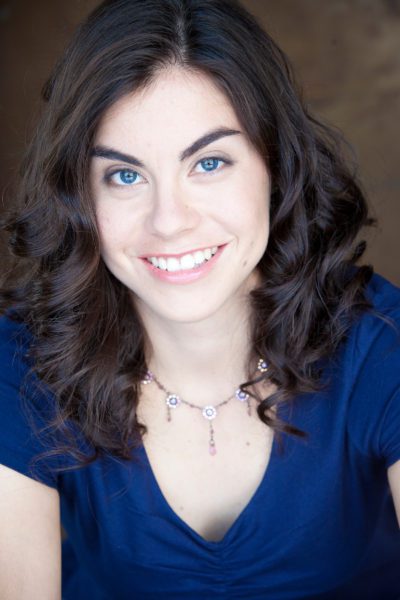 Winner of the 2015 and 2016 Nevada District Metropolitan Opera National Council Auditions, Friends of Eastman Opera Voice Competition and Bramledge Opera Award and Robert Kuntz Scholarship, Erin received a Bachelor in Music from Chapman University Conservatory of Music and Master in Music from Eastman School of Music.

In July and August of 2017, Erin was a member of the Opera Studio at the American Institute of Musical Studies (AIMS) in Graz, Austria. While in attendance, she won first place in the elite Meistersinger Competition.

In April 2019, Ms. Gonzalez was named the Outstanding Graduate Student of the Year for the College of Fine Arts.

She graduated with her Doctorate in Musical Arts; Voice from the University of Nevada, Las Vegas in May 2019. 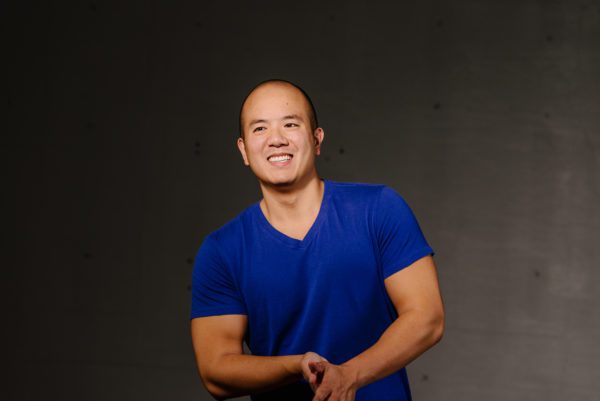 Baritone André Chiang has been described as “vocally commanding” (Oregonian), “handsome of voice” (Opera News), and lauded with “let’s hear more from this singer” (Washington Post). Chiang’s recent engagements include Silvio in Pagliacci with Painted Sky Opera, Escamillo in Carmen with Mobile Opera, Dandini in La cenerentola and Masetto in Don Giovanni with Dayton Opera, the Pirate King in The Pirates of Penzance with Tulane Summer Lyric Theatre, and Schaunard in La bohème with Mississippi Opera and the Natchez Festival of Music. Highlights include Falke in Die Fledermaus, Ford in Falstaff, Young Galileo/Salviati in Galileo Galilei, where he was commercially recorded, and Argante in Rinaldo with Portland Opera; Masetto in Don Giovanni, El Gallo in The Fantasticks with Shreveport Opera; Belcore in L’elisir d’amore with Opera Birmingham; Anthony Hope in Sweeney Todd with Virginia Opera; Charlie in Three Decembers, Sam in Trouble in Tahiti, Older Thompson in Glory Denied with Painted Sky Opera; Guglielmo in Così fan tutte with The Washington Idaho Symphony; Count Gil in Il segreto di Susanna and Schaunard in La bohème with Mobile Opera. Chiang is also a graduate of several apprenticeships, having spent summers as a Gerdine Young Artist at the Opera Theatre of Saint Louis and with the Glimmerglass Festival, covering Nathan Gunn as Lancelot in Camelot as well as performing the role in their Young Artist Matinee. Upcoming engagements include Gianni Schicchi in Gianni Schicchi with Opera Mississippi, Marcello in La bohème with Opera Western Reserve, Baritone Soloist in The Seasons with the Louisiana Philharmonic, Yamadori/Commissioner in Madama Butterfly with New Orleans Opera, Captain Smith in the West Coast Premiere of A Capacity for Evil with Opera Las Vegas, and Father in Fearless (workshop) with Opera Delaware. 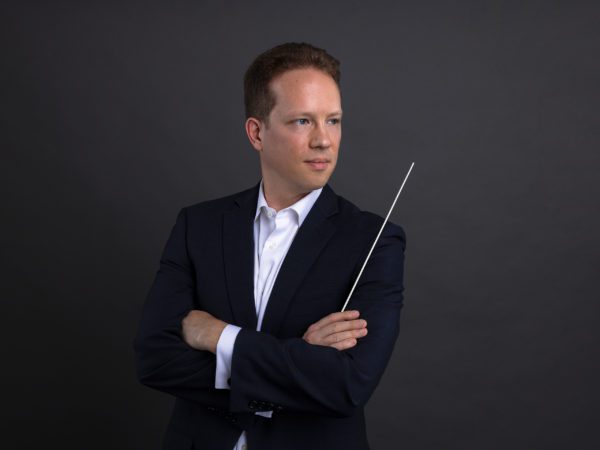 As a dedicated interpreter of new works, Joshua has enjoyed a number of collaborations with many of today’s leading composers including Tom Cipullo, Jennifer Higdon, and Libby Larsen.  For two seasons, Joshua served as Music Director/Conductor of the CU New Opera Workshop where he collaborated with composers Libby Larsen and Alberto Caruso as well as author Colm Tóibín and stage director Ron Daniels.  At Seagle Music Colony’s American Center for New Works Development, Joshua has conducted and played workshops for new works by Libby Larsen and Scott Eyerly.  For four seasons, Joshua served as conductor/co-founder of the Colorado New Music Ensemble where he programmed and conducted works ranging from John Corigliano’s Symphony No. 2 to Susan Botti’s chamber opera Telaio: Desdemona.  While a Festival Artist/Conductor at the Newport Music Festival, Joshua conducted members of the Rhode Island Philharmonic and Providence Singers in a series of contemporary choral/orchestral masterworks. 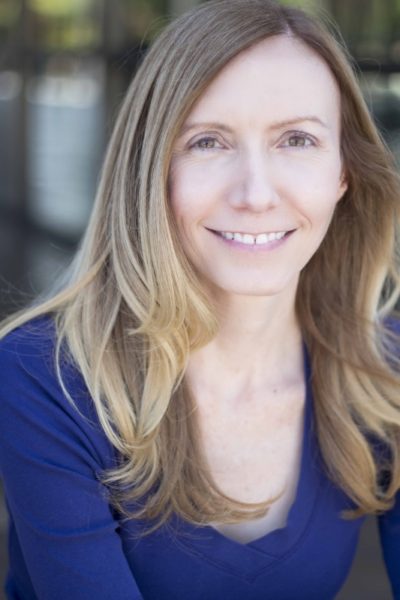 Linda Lister (Director) is Professor of Music and Director of Opera at the University of Nevada, Las Vegas. Winner of the 2014 American Prize for Directing, she is a graduate of Vassar College, the Eastman School of Music, and the University of North Carolina-Greensboro. She has led UNLV Opera to two first place wins in the 2015 National Opera Association Collegiate Opera Scenes Competition and a second place win in NOA’s 2016 Opera Production Competition. She is author of So You Want to Sing Light Opera and Yoga for Singers: Freeing Your Voice and Spirit through Yoga, and co-author of So You Want to Sing Music by Women and Voice Secrets: 100 Performance Strategies for the Advanced Singer. Also a composer, she has written three one-act operas: Body of Art, State of Grace, and How Clear She Shines! She sings her own compositions on the Albany Records release Pleas to Famous Fairies. 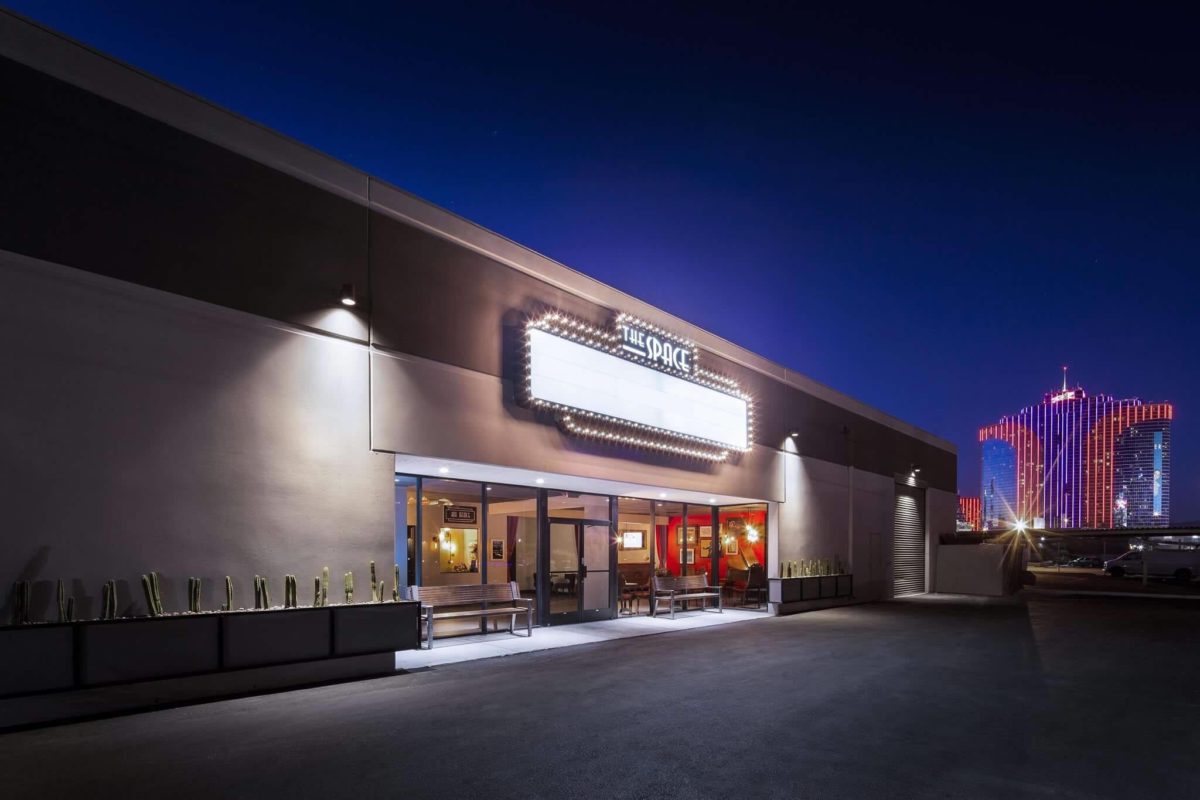 Free parking in adjacent lot and across the street.