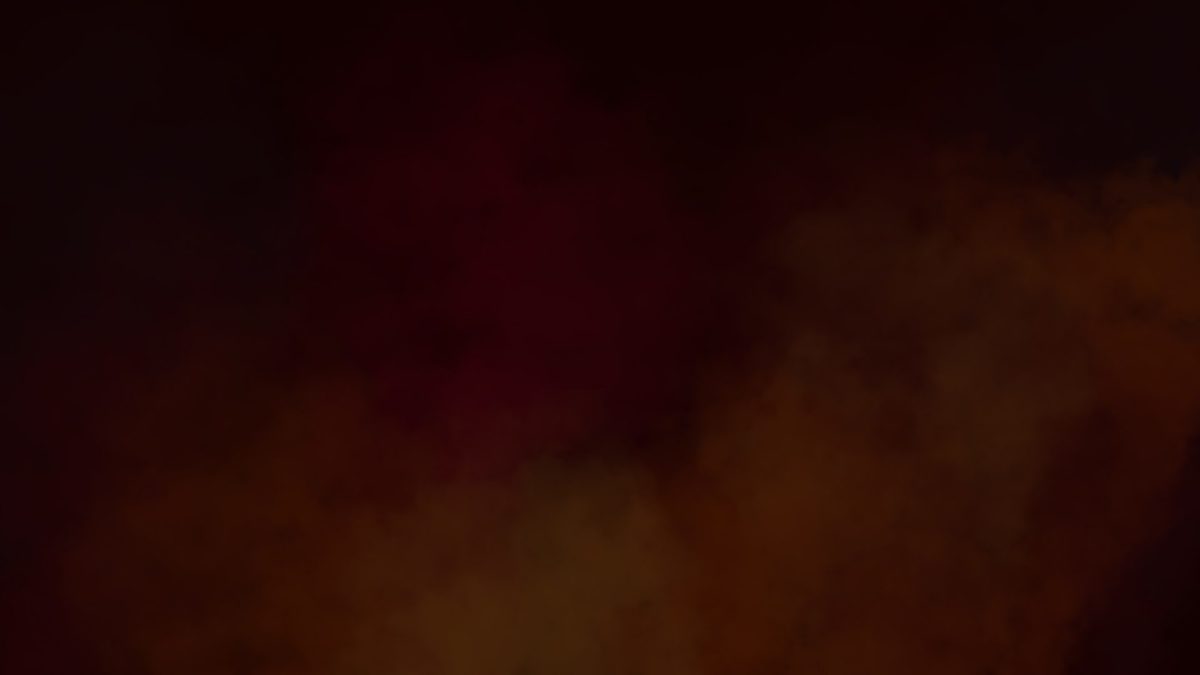 You did it! You helped Opera Las Vegas successfully match the $20K on offer from Helm Helps! We doubled our money! Thank you! 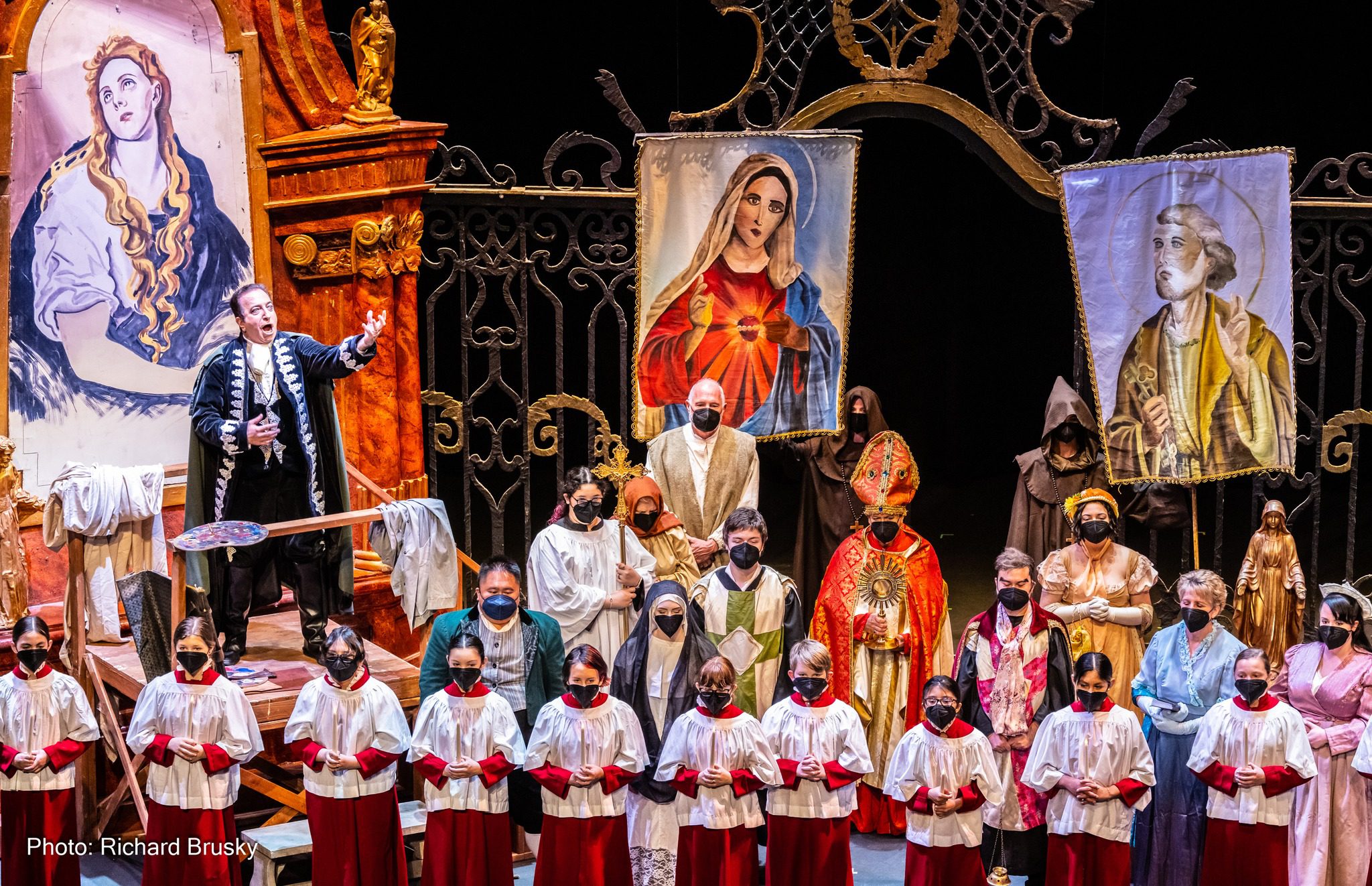 We'll See You In The Fall!

We've had a wonderful time. We hope you have too. Come see us again, and until then, bravissimi to all! 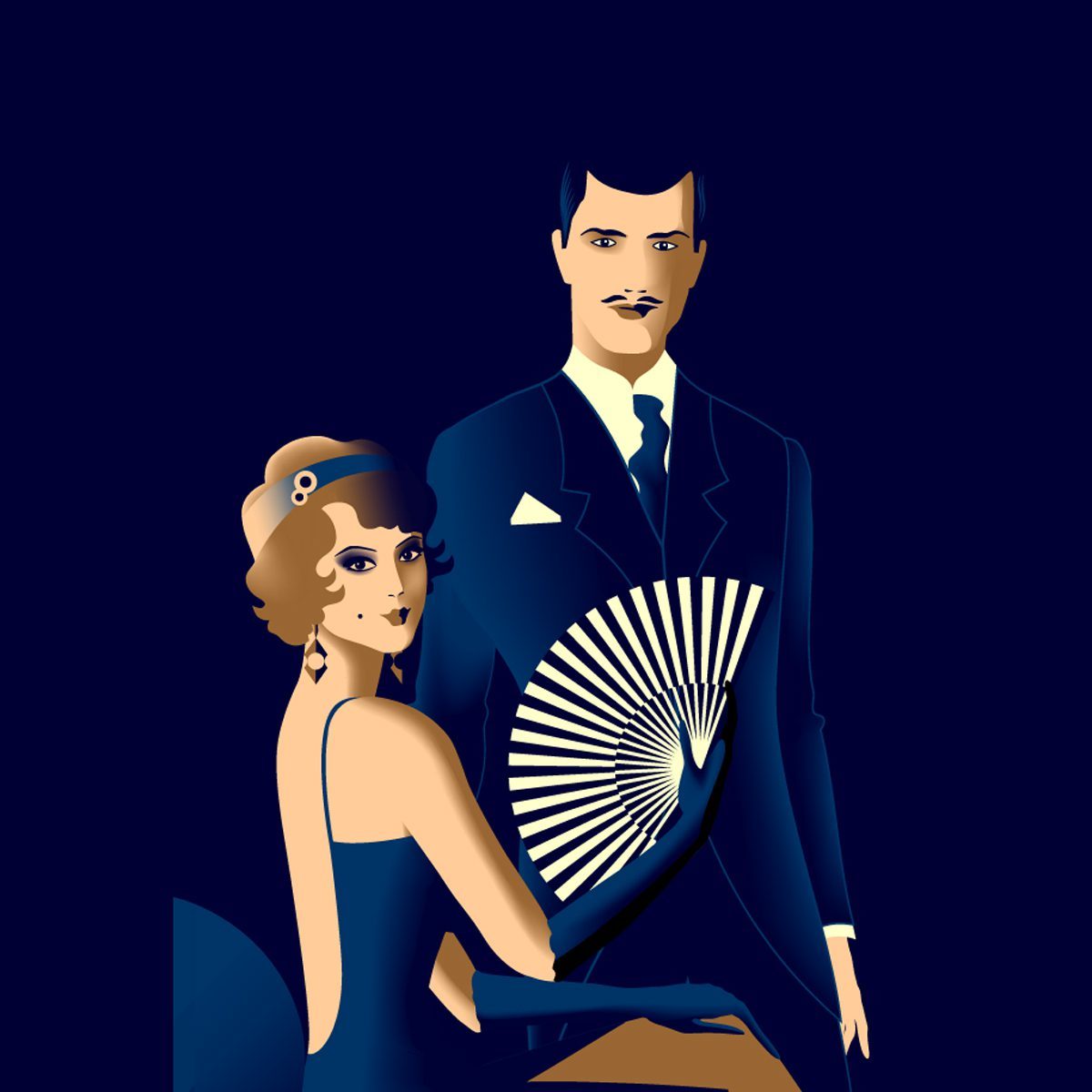 The Ghosts of Gatsby 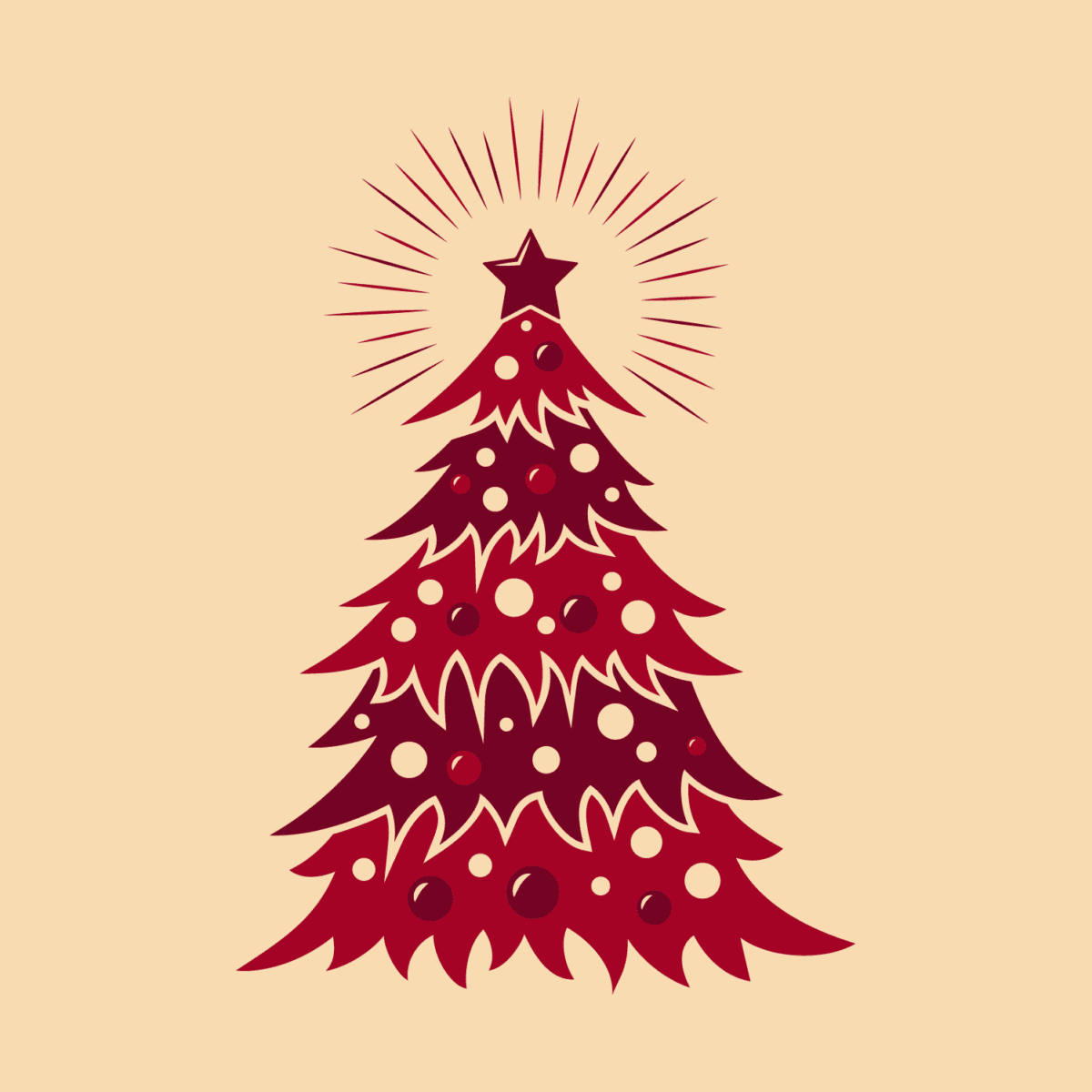 The House Without a Christmas Tree 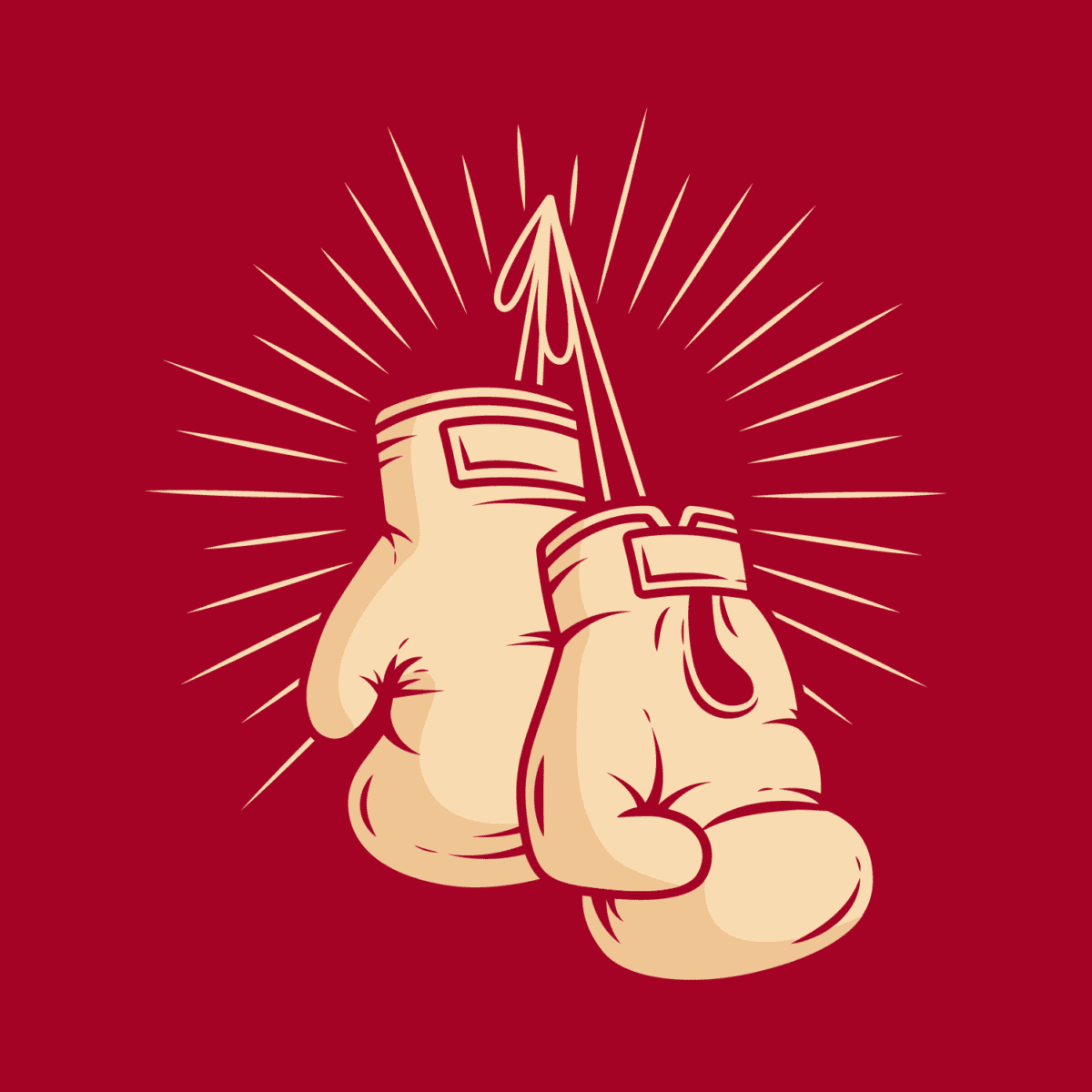 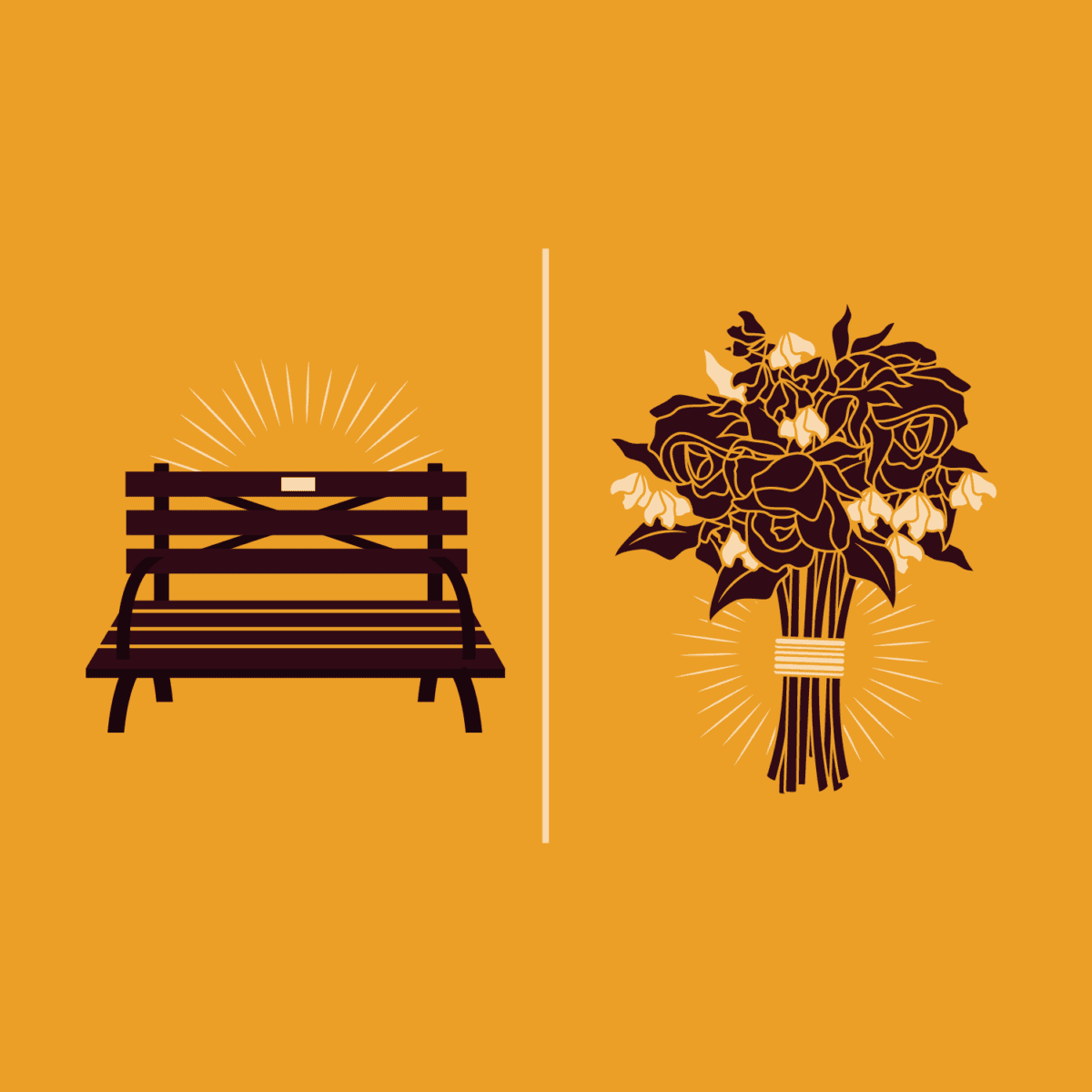 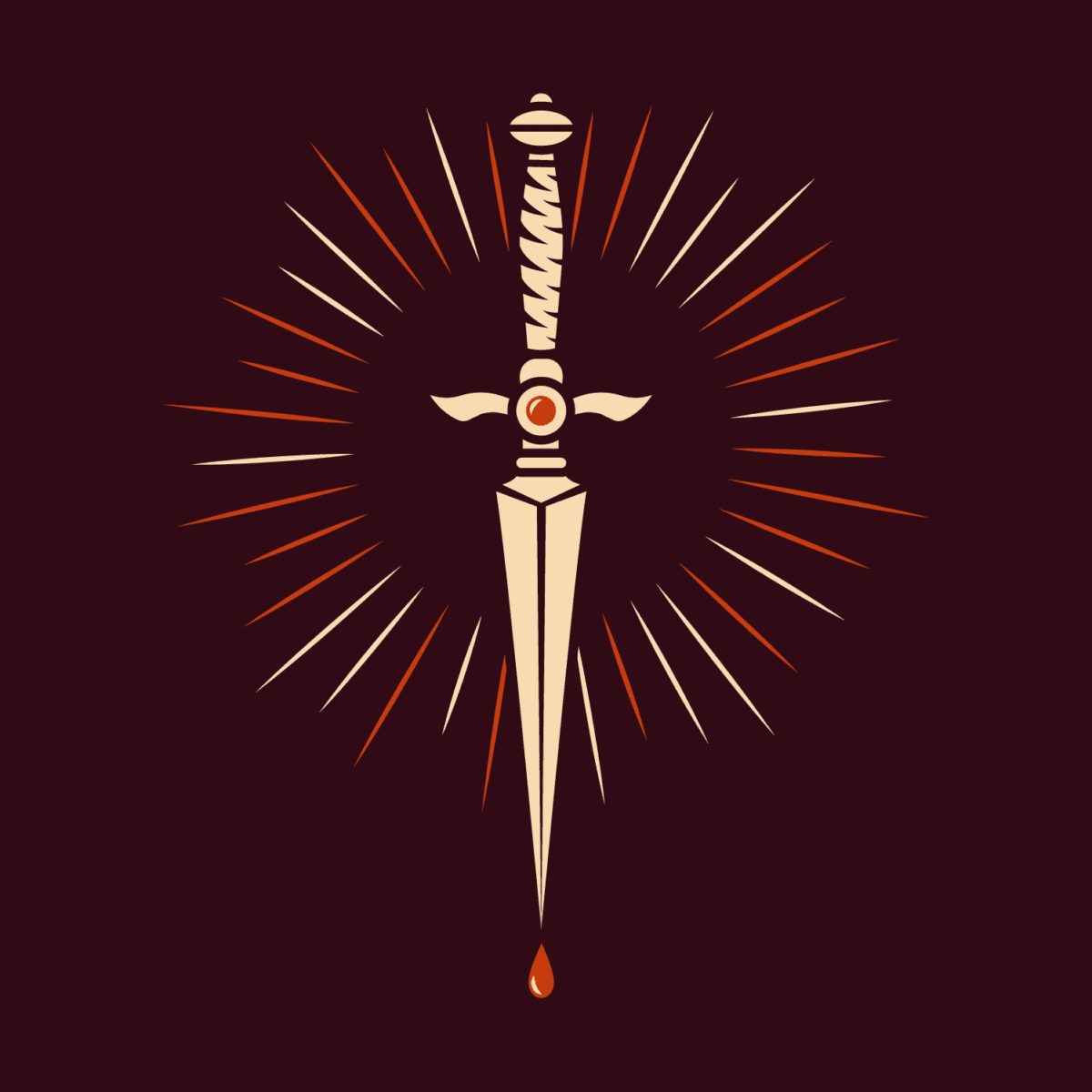 to Schools and Libraries

No one! At least not after experiencing OLV’s 30-minute introduction to opera’s rich and varied history, an art form that combines music, comedy, drama, dance, instrumental accompaniment, technical theatre arts, and most significantly, unamplified singing.

Who’s Afraid of Opera? is an instructional and entertaining Informance (Information + Performance), that teaches youth about opera, and demystifies how to appreciate the beauty of operatic singing in its many manifestations.

Two young professional singers perform selections from opera, operetta and musical theatre. The Informance is designed to educate students in lyric theatre performance traditions, acquaint them with famous arias and duets, and to make the opera performances accessible, with presentations in a style relevant to modern life.

Since the vast majority of students will be experiencing opera for the first time, a narrator explains the musical journey, which includes songs in English translation, as well as a classic aria in the original Italian “just for fun” - Quando m’en vo (Musetta’s Waltz Song) from Puccini’s masterpiece La Bohème.

Participants also learn about crossover talents, with these trained opera singers performing selections from classically inspired Broadway shows. The concise, fast-paced presentation is followed by a lively Q&A session with the artists, including many astute observations. Our favorite question to date was when one fourth grader asked: “How do you do the yelling?”

OLV “yells it” proudly, that we have reached over 20,000 students since the first schools tour in 2016. Plans for spring 2022, including virtual learning, are currently being coordinated.

“A donkey, a rooster, a dog, and a cat, we’re marching to Bremen, imagine that!”

Did you know that the world-famous composers Rossini, Donizetti, Verdi, Offenbach, and Sullivan wrote the opera, The Bremen Town Musicians?  Neither did they! The resourceful adaptor John Davies has repurposed various operatic solos and ensembles to tell the beloved folktale by the Brothers Grimm.

This 50-minute, fully-staged performance is perfect fare for the whole family as it introduces them to the operatic art form with tuneful English language musical selections, and a readily understandable and entertaining story.

The tale also incorporates an important life lesson. Davies writes: “I’d like to think young audiences will conclude that acceptances of folks, no matter how different, is the smart and decent thing to do. . .and that marching together is a far better choice than going it alone on the road to Bremen.”

Opera Las Vegas is no stranger to John Davies’ adaptations, having successfully toured his Pinocchio, The Three Little Pigs, and Jack and the Beanstalk in recent seasons to the delight of thousands of young family members.

Performance venues for The Bremen Town Musicians in May 2022 are in the process of being finalized.

Opera Las Vegas On The Web

Opera Las Vegas is pleased to continue its free online offering, Opera Oasis, with Verdi's La traviata. Embodying the definition of "oasis" as "something that provides refuge, relief, or pleasant contrast," OLV intends each feature to offer a bite-sized melodious respite from whatever distractions the day holds. Each edition will focus on a different opera and will pair an instrumental soloist with a vocalist. To enrich the experience, OLV Music Director and Principal Conductor Joshua Horsch will provide context and commentary on each selection.

“The scale of this philanthropy is formidable for its magnitude alone and is all the more noteworthy coming from two people who have become close personal friends over their many years of support”, remarked General Director Jim Sohre. “This gift will greatly help sustain OLV’s unique position as Nevada’s professional company member in OPERA America. We are deeply grateful.”

Chris and Anita bring to Opera Las Vegas a keen sense of fiduciary responsibility. Drawing on their successful business practices and considerable experience at other non-profit organizations, the Murray's have worked closely with the board of directors assisting with the company’s planning and management of its financial affairs.

To make a donation of any amount, visit our Donate Now page, or contact Jim at [email protected]

Opera Las Vegas is committed to equity and diversity. 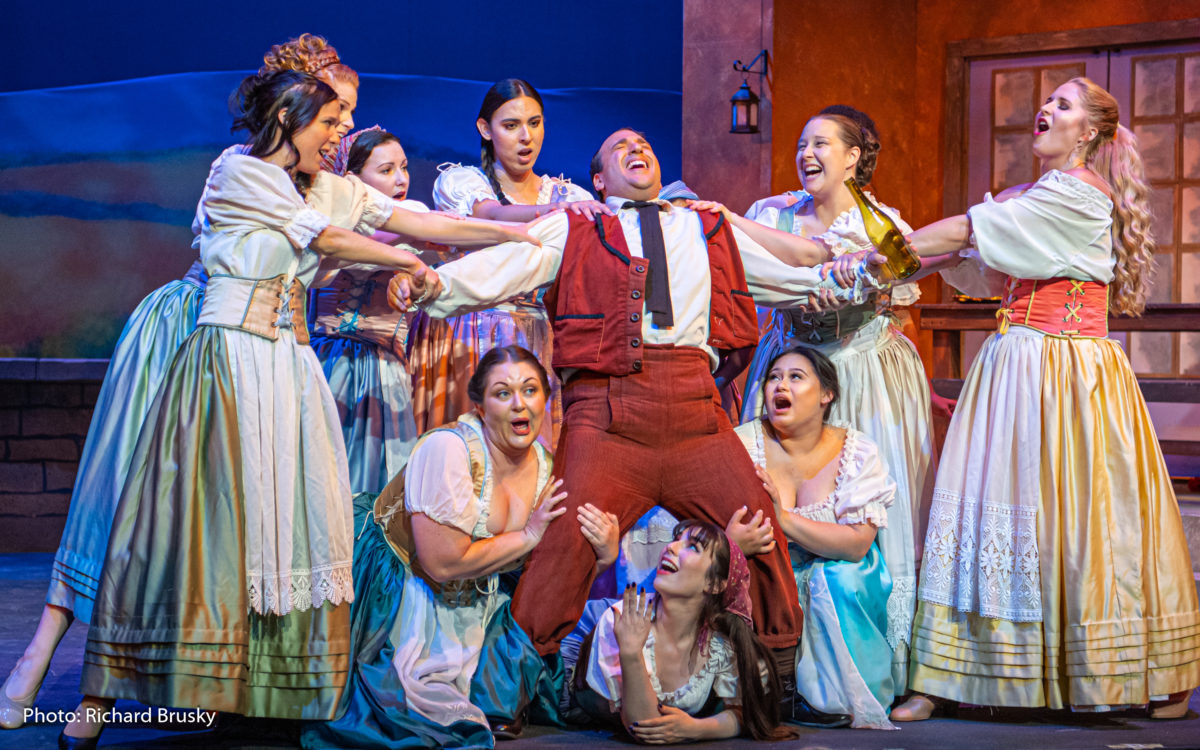 Word on the street...


“We are difrerent.  We are one.”  So sang two unlikely friends and colleagues, Justices Antonin Scalia and Ruth Bader Ginsburg.  That’s right, they “sang,” at least in OLV’s roundly cheered production of Derrick Wang’s chamber opera, Scalia/Ginsburg, which performed 8-11 July 2021 in an actual courtroom, namely the Thomas and Mack Moot Court of UNLV’s Boyd School of Law.

Audience members assembled at tiered desks to enjoy Wang’s opera, which is by turns funny and touching.  VIP guests not only got the front row of seats, mere feet from the action, but also enjoyed a pre-show talk by conductor Tim Warren, and a post-show reception where they met and greeted the stars.

END_OF_DOCUMENT_TOKEN_TO_BE_REPLACED


When General Director Jim Sohre greeted the audience for the premiere of Donizetti's comic opera, Don Pasquale on 11 and 12 June, and welcomed them to "our first live performances in sixteen months," it was met with unbridled enthusiasm and applause.

Opera-hungry fans were ready to be entertained and a starry quartet of solo singers, an animated five-person "chorus," and orchestra of ten of the Valley's finest instrumentalists decidedly delivered the goods. For OLV's first production in The Historic Fifth Street School auditorium, director Audrey Chait filled the compact stage with a story that she cleverly re-set in modern-day Sin City.

END_OF_DOCUMENT_TOKEN_TO_BE_REPLACED


Opera Las Vegas will kick-off its 22nd Anniversary Season on October 1st- 3rd with The Ghosts of Gatsby, a chamber opera inspired by the Jazz Age and infused with operatic madness by composer Evan Mack and librettist Joshua McGuire.

Based on true events, The Ghosts of Gatsby is a compelling psychological journey into the marriage of Zelda and F. Scott Fitzgerald, a relationship being mightily tested as Scott is struggling to finish The Great Gatsby in 1924 in a steamy hotel room on the French Riviera. Competing narratives of Zelda and Scott's past and a large dollop of dark humor all collide in a Black Mirror-like plot twist.

The Ghosts of Gatsby is a tuneful operatic tribute to the demands of insanity, art, and love. With a script based on Scott and Zelda’s actual words, music based on jazz sensibilities, and highly charged emotions being powerfully delivered by polished singers, the production promises to not only have resonance for literary and period music fans but will also engage seasoned and novice operagoers alike.

END_OF_DOCUMENT_TOKEN_TO_BE_REPLACED

Scalia/Ginsburg is a serio-comic chamber opera about the unlikely friendship between two philosophically opposed Supreme Court Justices, Antonin Scalia and the “notorious” Ruth Bader Ginsburg, who were drawn together by their mutual love of opera. It was performed in the site-specific location of the Thomas and Mack Moot Court in UNLV’s Boyd School of Law.

As the SRO audience was exiting the facility after the final matinee, General Director Jim Sohre was at the door, thanking people for having attended, when he was approached by a diminutive lady with a question: “Are you in charge?” Sohre identified himself and said, “Yes, I am.”

Whereupon the woman opened her purse, extracted a checkbook, tore out a check she had already written, and handed it to him. He glanced at it, saw “50” and started to say thank you, when he looked again, and saw it was for fifty “thousand” dollars. As he tried to adequately stammer an awestruck “thank you,” and “I am speechless,” the benevolent patron smiled coyly and kept walking into the afternoon sun and was gone.

END_OF_DOCUMENT_TOKEN_TO_BE_REPLACED

Opera Las Vegas to Receive $16,000 Grant from the National Endowment for the Arts


Opera Las Vegas has been approved for a $16,000 Grants for Arts Projects award to support its acclaimed Living Composers and Librettists Initiative.

In the 2021-2022 season, this project will present the West Coast premieres of three chamber operas: Ricky Ian Gordon and Royce Vavrek’s The House Without a Christmas Tree; D.J. Sparr, Mark Campbell, and Davis Miller’s Approaching Ali; and Michael Torke and A.R. Gurney’s Strawberry Fields, paired with Leonard Bernstein’s Trouble in Tahiti. The project also encompasses the workshop premiere of the LGBT-themed Letters to Lily, by UNLV Composition student Emily Clements.

Opera Las Vegas’ project is among the more than 1,100 projects across America totaling nearly $27 million that were selected during this second round of Grants for Arts Projects fiscal year 2021 funding. “As the country and the arts sector begin to imagine returning to a post-pandemic world, the National Endowment for the Arts is proud to announce funding that will help arts organizations such as Opera Las Vegas reengage fully with partners and audiences,” said NEA Acting Chairman Ann Eilers. “Although the arts have sustained many during the pandemic, the chance to gather with one another and share arts experiences is its own necessity and pleasure.”

OLV General Director Jim Sohre noted: “It is very humbling and gratifying to receive this funding, which will greatly assist us in presenting new productions of these worthy recent works. We hope to help cement their stature and presence in the contemporary operatic performing canon.”

Immediately upcoming in the current OLV season’s Living Composers and Librettists Initiative are the West Coast premiere of Derrick Wang’s Scalia/Ginsburg, a love letter to the two iconic Justices, 8-11 July in UNLV’s Moot Court; and the professional company premiere of Evan Mack and Joseph McGuire’s The Ghosts of Gatsby, a compelling look at the relationship of Zelda and F. Scott Fitzgerald, 1-3 October at The Space. These two contemporary works are complemented by an operatic classic, Gaetano Donizetti’s comic opera Don Pasquale, 11 and 12 June at the Historic fifth Street School.

Thanks To Our Amazing Sponsors! 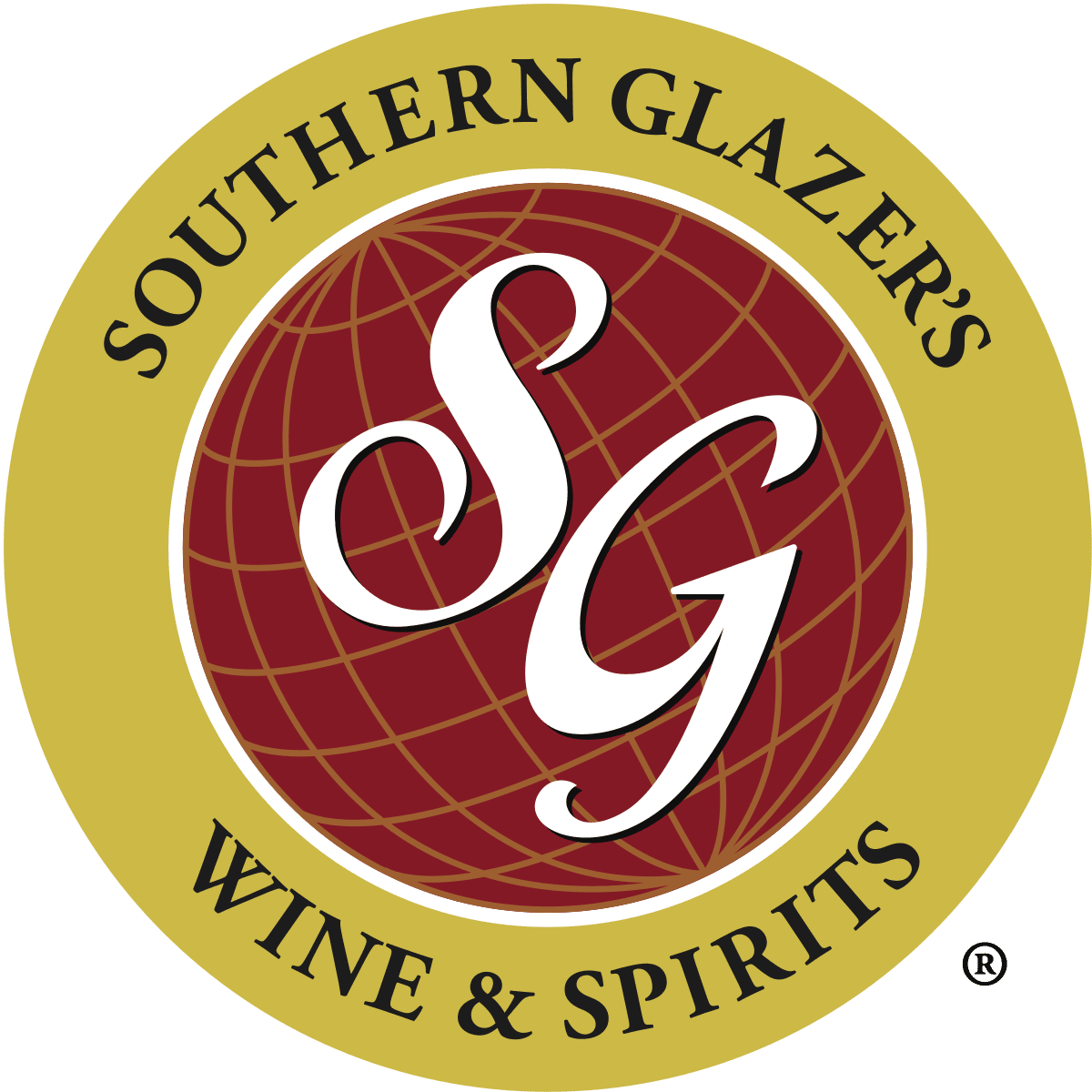 Get the inside scoop on news, offers, and more!